Love Island was a daily British reality television programme. In the show, twelve single celebrities spent five weeks on an island in Fiji. Viewers would vote for the couple they would like to see in the “love shack” where the two would get to know one another better. In the first season, each week viewers voted celebrities off the island, but in the second, the inhabitants had the final say. The identities of those being kicked out were revealed in the eviction episodes. The prize for the final couple left standing was £50,000. The second series also featured the inhabitants having to cook and clean up after themselves to fight the appearance that they were just there for a free holiday. It was originally presented by Patrick Kielty and Kelly Brook, with Fearne Cotton taking over as female host in the second series. It aired in the United Kingdom on ITV. The first series aired in the summer of 2005, and it was won by Jayne Middlemiss and Fran Cosgrave. The second series began in July 2006, dropping Celebrity from its name. It was won by Bianca Gascoigne and Calum Best. The theme tune for the first series was Wish I, performed by Jem. A specially-composed summer theme by Daniel Pemberton was used for the second series. The show was axed in November 2006. 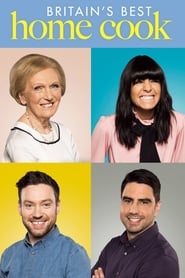